This project is a Robot Arm which can be controlled using an app on your phone that is created using MIT App Inventor. 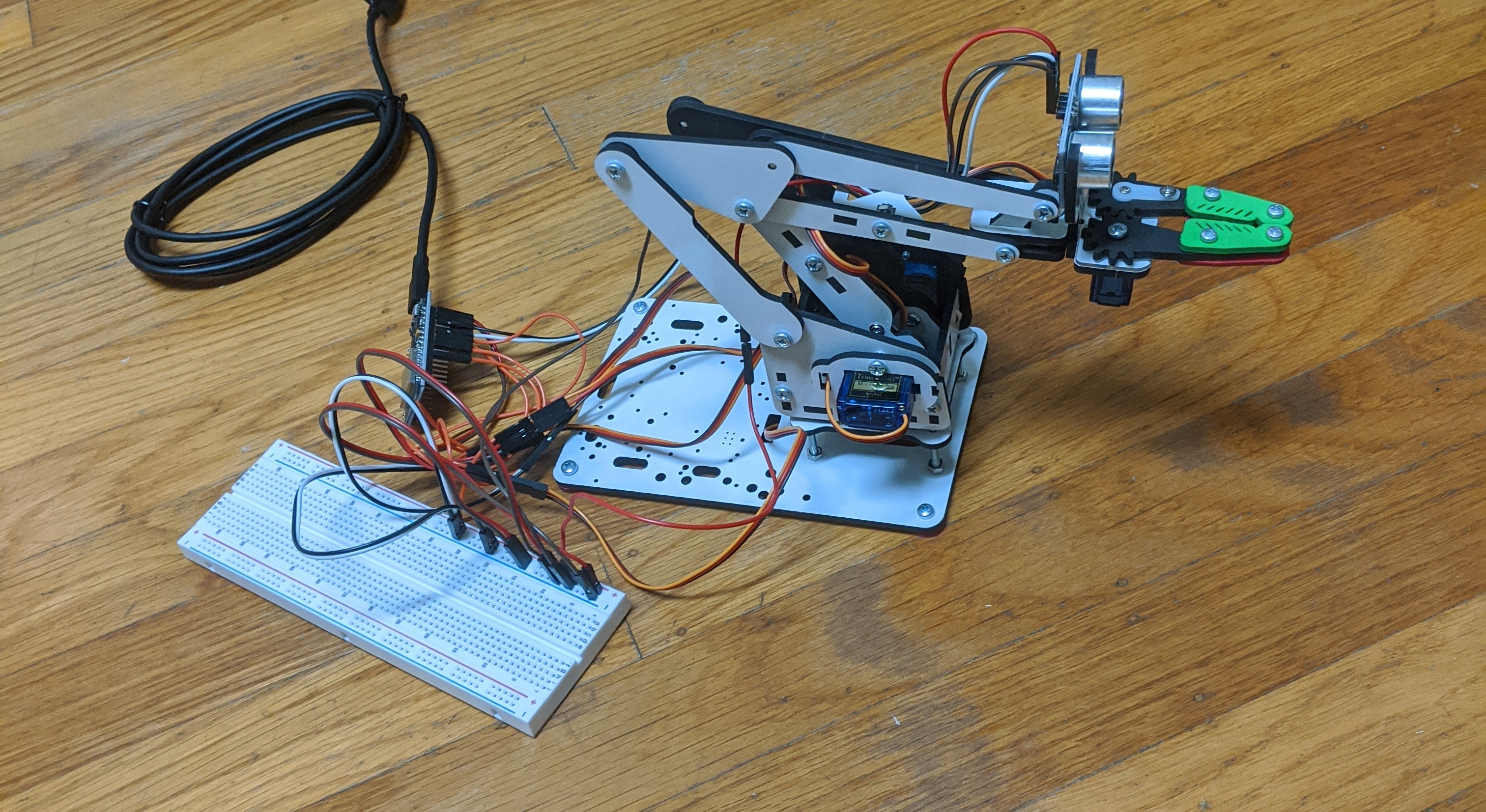 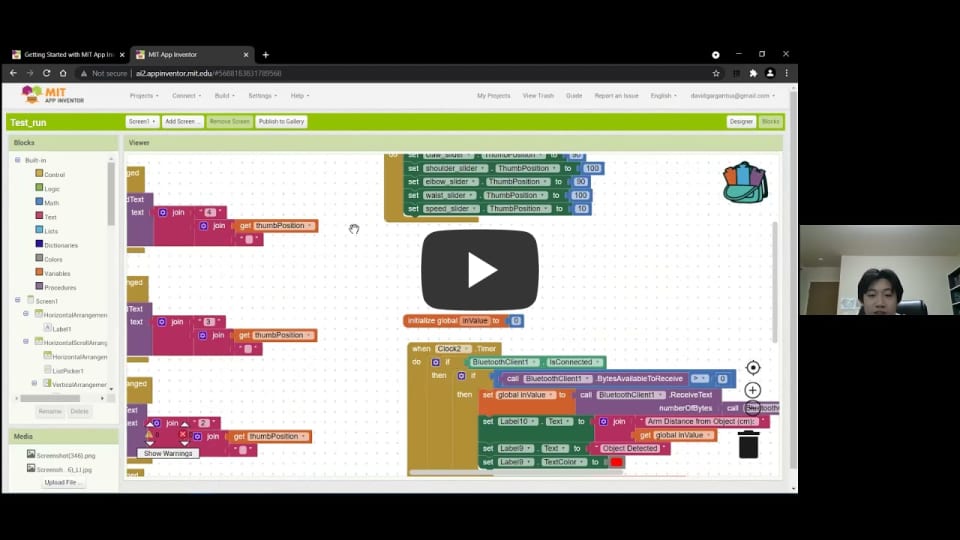 Throughout the three weeks at Bluestamp there were some challenges and the main challenge was working with the ultrasonic sensor since we only got a day to work on our modification. Overall, I enjoyed every aspect of the building and coding portion of this project, and in the future, I would like to have a major in engineering.

For my final milestone, I was able to code it so that I can control the robot arm from the app on my phone, and I also added a small modification. I added an ultrasonic sensor that will detect if there is any object near the claw and it will notify me through the app and it will also tell me how far away is the object from the claw. What an ultrasonic sensor does is that it sends a soundwave through one end of the sensor and receives the soundwave through the other, and this is how it can tall if there is an object in front of it and how far away is it. For this, to work I needed to code the app so that it will take in inputs from the ESP32 because I connected the ultrasonic sensor to the ESP32. I created a global variable that will store the distance that the ESP32 sends in. A global variable is a variable that can be accessed anywhere throughout the code. Once the variable is declared, I used if statements so that if something is being printed to the Bluetooth serial monitor, the code will read it in and store it as the global variable. And from there I changed the text so that it will tell you that there is an object nearby and how far away is it. 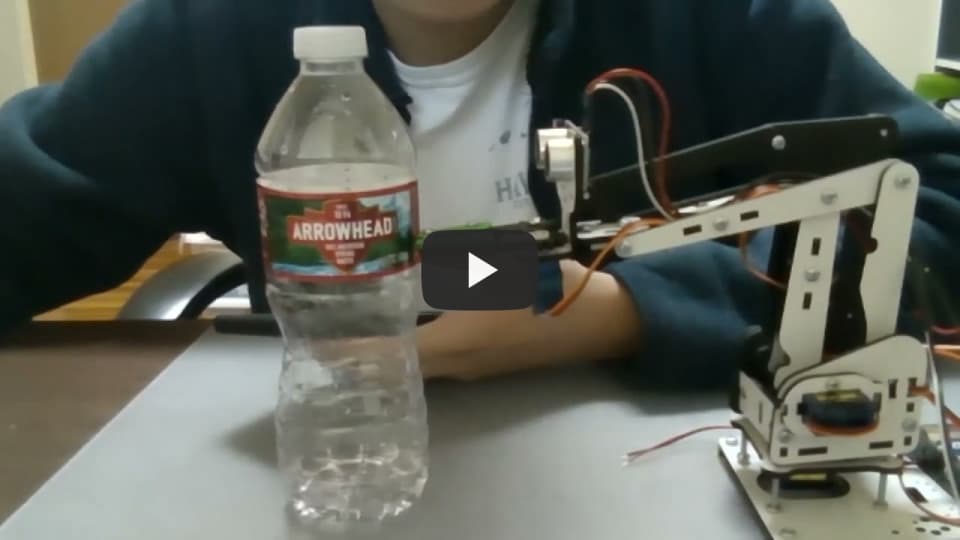 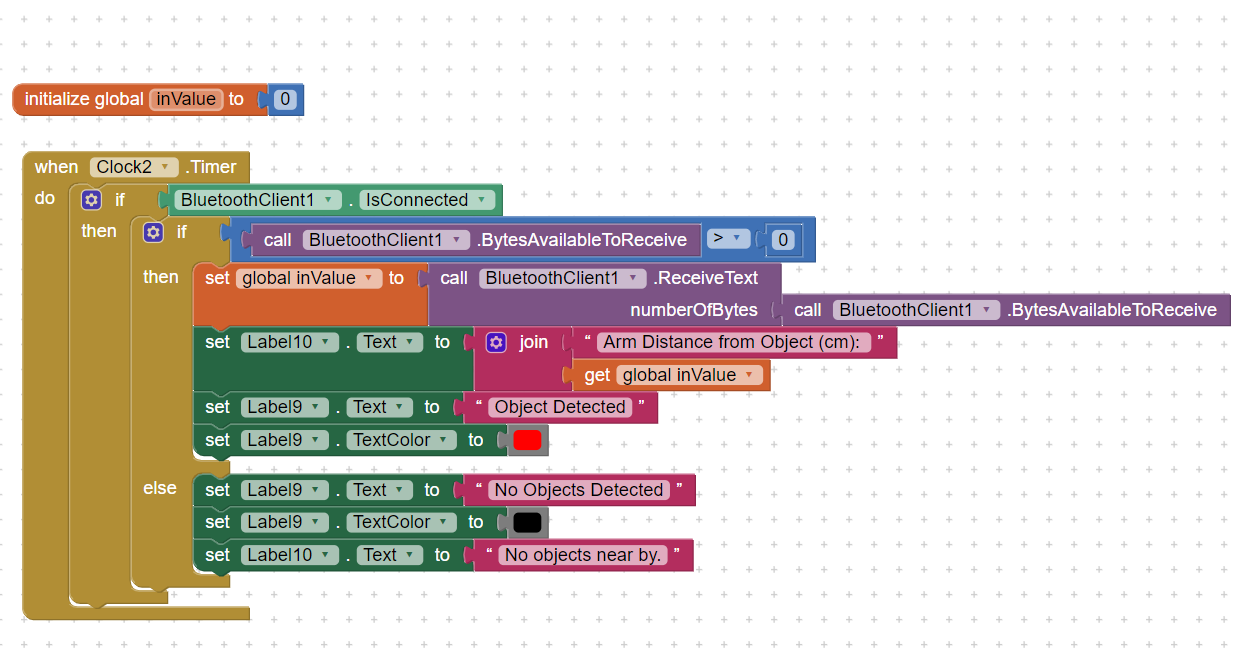 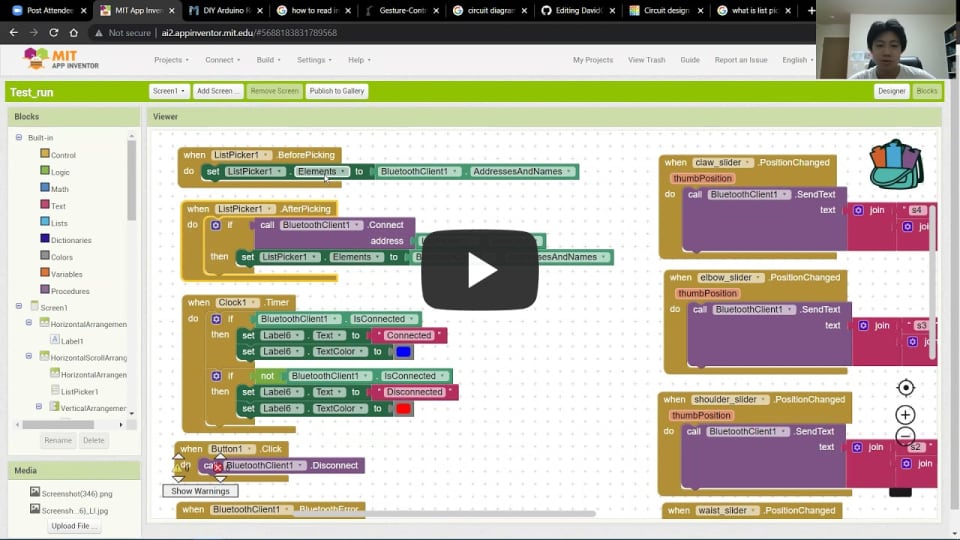 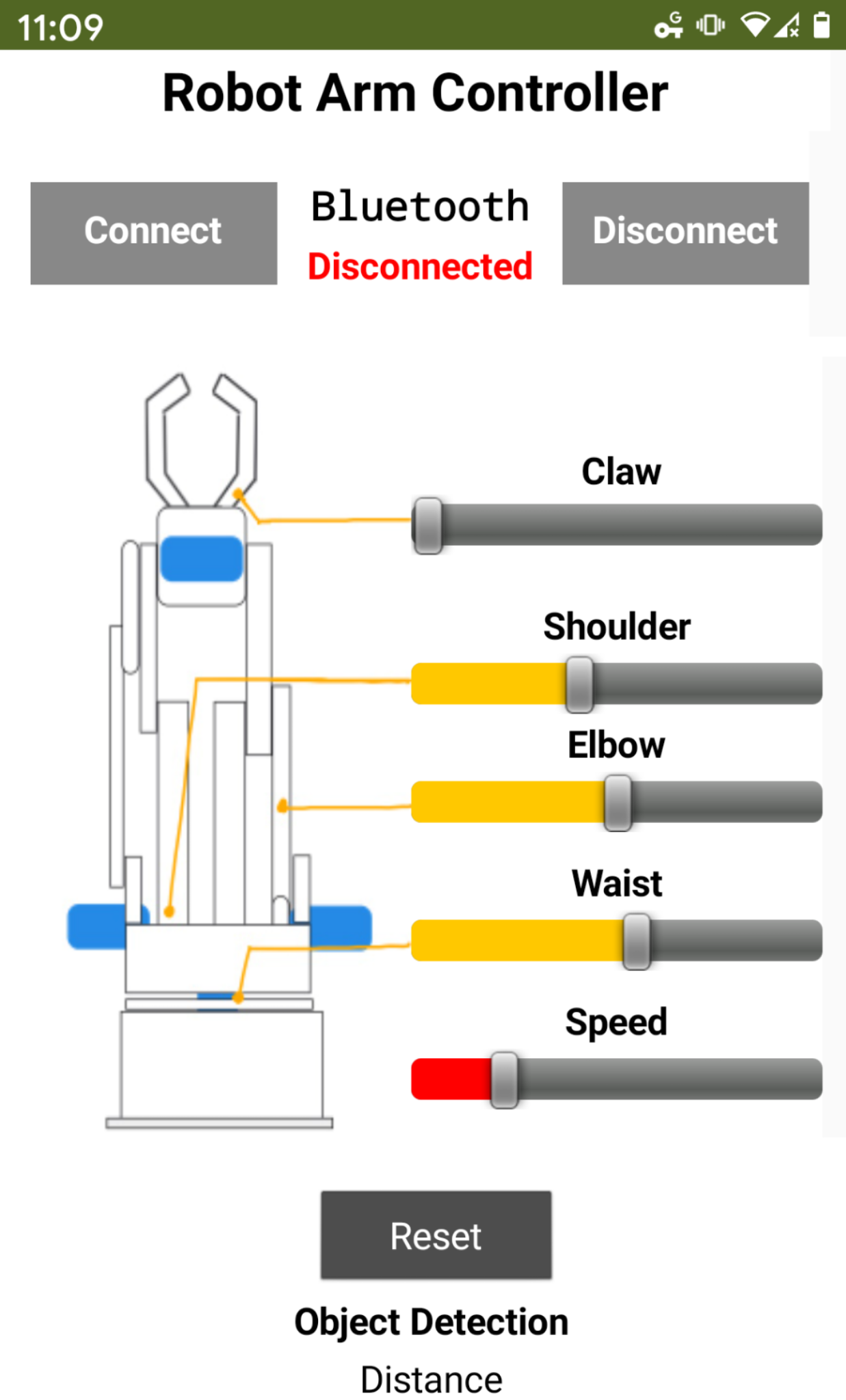 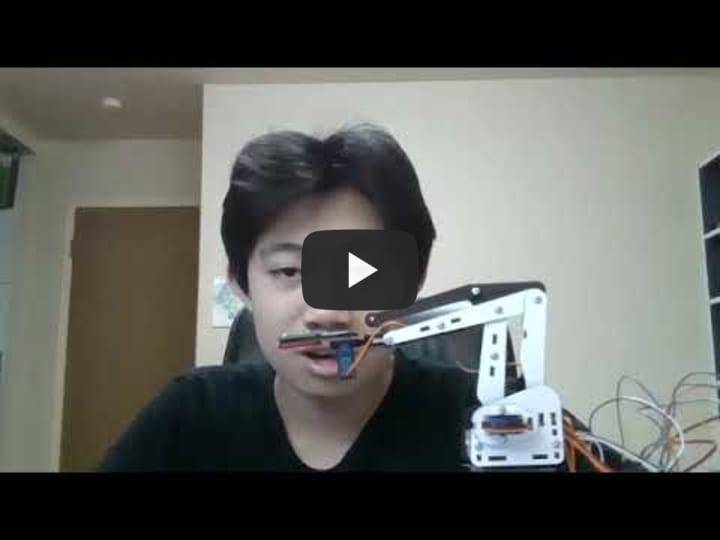 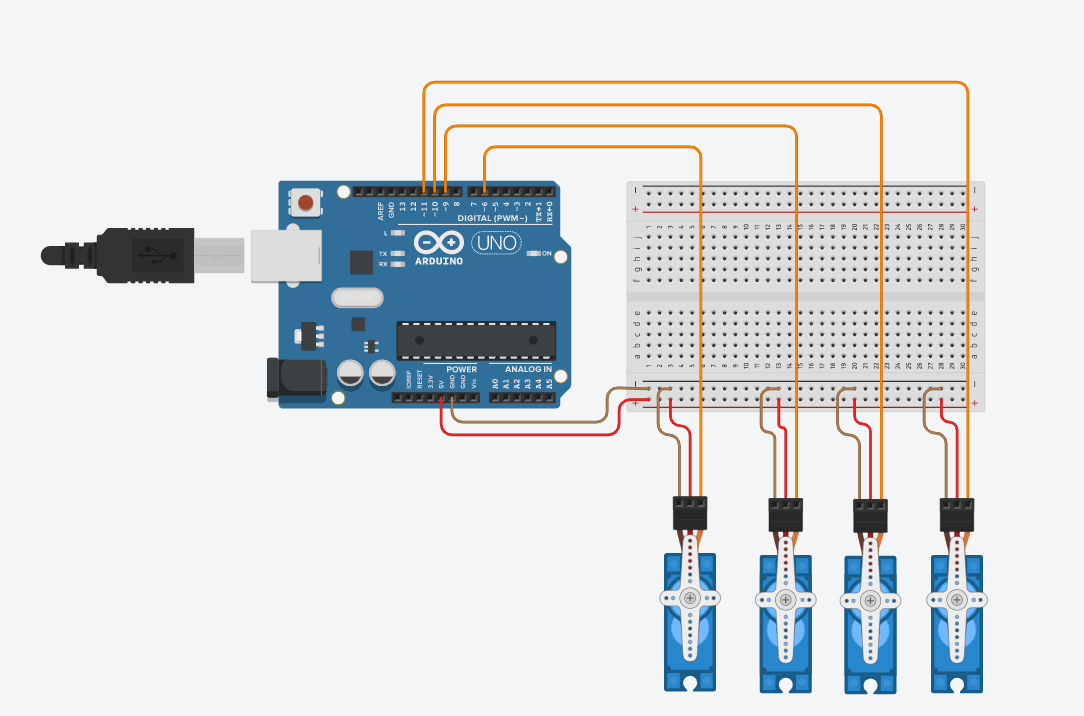